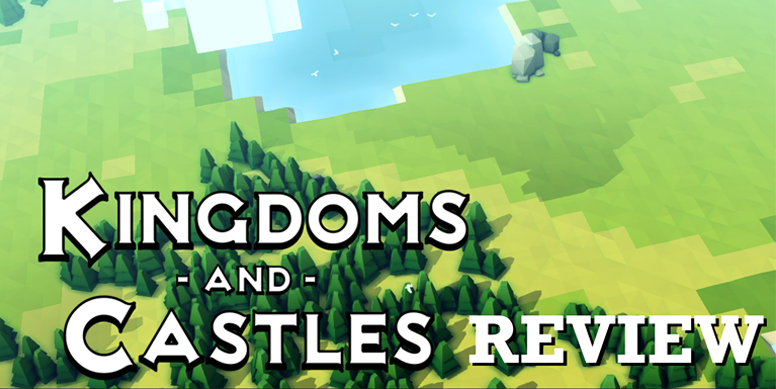 Building roads and hovels is easy enough to do right from the start. Rotating the buildings and camera are also fairly intuitive.

The graphics are simple but they get the point across. There is just enough detail to them to make me care about what direction my buildings are facing and how they are grouped together. I would like to see more variations of the gardens and statues added, so us decorators can go to town.

Despite being an early access game, I have had absolutely zero issues with clipping, crashing, or freezing. The game loads up perfectly every time, and never skips a beat. The developers have done an excellent job keeping them under wraps.

The developers of this game are excellent communicators. They’ve got more features on the way that they announced just this week, and they launched a spooky Cemetary, Wolf, and Witch update just over a month ago. Any of the uneasiness I feel about early access games has been completely acquiesced by their responsiveness to the community.

It’s still in early access, meaning the game isn’t done yet and could be abandoned at any time. It also means updates can add features that harm your old saves. I’m not talking glitchy matters, but in my most successful town, Ghibland, I had bodies piling up in the streets, after an update to the game added cemetaries. My residents died before I could figure out how to add the new buildings to the game, and with many of my areas already packed with buildings, it meant I had to remodel my city a bit.

Maybe it is just me, but units were sometimes hard to select. I found myself having to click multiple times to select my generals, and the pink “!” displayed over my town hall took quite a bit of dexterity to click on the first try.

The reason I came back to play this game again is because they’ve added tons of features in the months I have been away- without those new features, I probably wouldn’t have come back.  Currently, there simply isn’t a reason to make multiple cities, because each new randomly generated map isn’t different enough from the last to call for it.

The game’s graphics are cute, and the core concept is there, but I find myself wishing I’d just played Banished instead. If you love city builders like I do then it is definitely worth picking up.  Don’t get me wrong- the game is fun but you might want to wait for the full release before getting too involved.